It’s difficult sometimes to hit a good golf shot. Some of us hack away at a ball hoping that we can get off a good shot and be proud at least for a few moments.  But if we know what the most common mistakes are in the golf game, we can take steps to correct those mistakes and extend that pride throughout our game.

Most people believe that the more they turn their backswing, the more distance they will gain. This is simply not true. Actually, to gain distance, you need to find the perfect posture and perform a fluid swing that will insure solid contact with the ball. If you exaggerate the twist, you will go out of the ideal swing plane and have to over-compensate to even make contact. Plus, the chances of coming out with a slice, a hook, or even topping the ball are much greater.

This is a common mistake and one that feels OK as you are doing it. As the backswing progresses the club gets too far inside and behind you and the clubface is open, facing the sky. To finish the backswing you will lift the arms and put the club in a steep and weak position, maybe even getting it across the line.

If this is your mistake, you need to monitor how much the left wrist rotates early in the swing. Take the club back to waist high and allow only 90 degrees of rotation, so the back of your left wrist is parallel to your body line and the shaft is in line with your toes. The toe of the club should be almost vertical.

Many players begin the swing by pushing the hands out toward the ball and moving the left arm away from the body. As the handle moves out the club head moves inward, getting it inside and behind. The rest of the backswing is similar to the previous move.

The fix here is to keep your left arm connected to your left chest and moving across as the swing progresses. Visualize your hands tracking back with your body rotation, rather than moving out.

Picking the Club Up

If all you use to begin the takeaway are hands and arms, you will surely pick it up and chop it back down. The golf swing is a synchronized blend of club, hands, arms, and body movements, and they need to start together. If you are a picker, make sure the core begins to rotate as the club is put in motion by your hands and arms.

The opposite of rolling the hands, this is often the result of trying for maximum extension or an overdone one-piece takeaway. Once your club is outside and above the plane, it must loop back under to get back on plane.

Lee Trevino perfected this move, and Jim Furyk is pretty good at it as well. But it is not something the average player can do consistently. Eliminate the exaggeration and work the club head back and up your plane line.

Too many golfers stand too upright at address. Instead, their spine should be bent forward from the hip sockets until their arms hang freely. Players should also tilt their spine from 3-to-9 degrees on their trailside. This defines the starting move and helps you reach the 90-degree rotation needed for your upper trunk at the top of your backswing.

Two things derive from this trailside tilt: 1. it lowers your trail hand so that you can easily grip the club without stretching your trail arm or shortening your target arm. That way, you will not be inclined to move your trail shoulder, so that it points out towards your target; 2. It also puts your torso in a proper position to begin your swing.

The position you want to achieve at address is the well-known "railroad track" in which your feet, hips and shoulders form a line parallel to the target. That parallel line must be directed to the side of your actual target.

Most golfers do not achieve this setup and otherwise find themselves in poor address positions. That is because they step into the ball with their eyes on their feet or on the ball and the club. The end result is they mistakenly step toward the target, which forces them into a closed position at address.

Imagine when looking down the line of flight while stepping into your address position that your focus is keyed on a large tree left of the target. Now, draw an imaginary line from that tree back to your feet/hips/shoulders, so that they are parallel to your target line.

Here are some things to keep in mind when addressing the ball:

Skulling or Topping the Ball

When you skull the ball, your club is coming over the top of it and you will end up hitting it “fat”. It won’t go very far, if at all, and you’re likely to be a little embarrassed at your mistake. Don’t worry; a lot of inexperienced golfers top the ball. There is a fix for it as well.

Put your weight in the middle, the golf handle left, weight on your left side, swing the arms up and swing the arms down in the downswing. Up/down makes the golf ball go up.

Hitting the ball fat is caused by the club being too vertical. If you go too vertical, you'll wind up chopping the floor.

After you get all set up, make sure you're not leaning too far over on the left side. A little weight on your left side is alright, but the trick is to swing the golf club up on the inside. And that will give the golf club a little better angle into the back of the ball.

Be sure that you are looking at the ball and that you don’t rise up before you make contact. Standing up on the ball prior to the swing is the number one reason for skulling the ball.

Many beginners are eager to see where their ball is going after it is hit, but they look too soon and take their eyes off of the ball. This can also cause you to top the ball, so be sure to look at that little white ball until you hear it whooshing through the air. Then you can watch it land beautifully.

Make a short backstroke and use a less lofted club if you feel the need restrict your backswing. Make a long follow through to allow for the necessary acceleration. Divots are not necessary, so hit down and through so you strike the ball with a slightly descending blow. You are likely playing the ball too far forward if you do not hear a click when chipping. The ball should be positioned just before the bottom part of your stroke.

Reaching out at the ball during address and impact, a player’s arms are almost at a 45-degree angle from the ground. It takes too much effort to hold your arms out at address and therefore it’s even harder to get back to that position at impact.

To fix this problem, refer to the posture where the arms just hang in the natural position. If you feel like your hands are too close to the body then make the adjustment and kick out your rear end a little (check your weight distribution). The distance between your zipper and your grip should be around four knuckles.

Find a picture of a professional golfer and by using a straight edge notice how their eyes are over the shaft (approximately over the shaft label).You may have to bow more to get to that position

Another big mistake is made when referring to ball position. Some players believe they need to change the position of the ball based on what club they are using. If the ball is played too far back in the stance, your shoulders will aim right and you will start the back swing from the inside and probably come over the top at impact (slice or pull). If the ball is too far forward, your shoulder will be aiming left and you will take the club more on the outside and loop under coming down resulting in a block or a hook.

Here’s a drill to help you with this problem. Take your swing with the proper stance and posture and see where your club hits the ground. You should notice that it’s very close to the left center. If you are hitting the ground way before the ball, there’s a good chance you are not pivoting your hips or coming out of your stance.

So those are some of the more common mistakes made by golfers. Even if you’ve been golfing for years, you can still fall prey to these mistakes. Knowing how to fix them can be a great addition to your game and will eventually shave strokes off your score.

There are some shots in golf that will require some finesse in getting out of without amassing your score to new proportions. Let’s look at a few trouble shots and get some advice on how to overcome them. 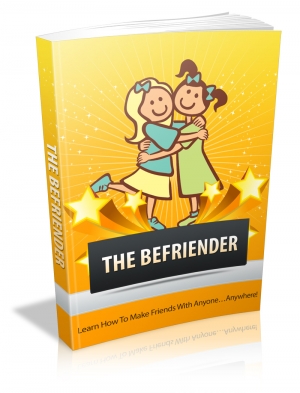